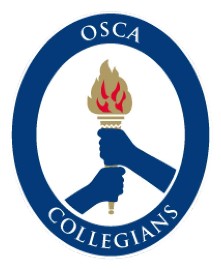 OSCA Collegians, an OSCA-affiliated club, exists for the purpose of supporting OSCA itself – so that OSCA can continue and improve upon its important work.

OSCA – through its programs, events, clubs, societies and branches – plays a vital role in bringing together the School, and its Old Boys and their families, across the generations. OSCA is uniquely-placed to facilitate better outcomes for Old Boys who are facing personal and career challenges at any stage of their lives – and particularly in the years soon after leaving school.

Primarily the club raises funds for OSCA through its annual membership subscription, and passes 100% of those subscriptions through to OSCA itself. This provides OSCA with a valuable and stable income stream with which it can fund strategic initiatives without depleting its reserves.

Some of the club’s members also engage in occasional social activities or in meeting ad hoc needs of OSCA. Each February the club hosts the Presidents’ lunch to which club members and OSCA Presidents from past years gather to discuss issues with the current OSCA President.

In February 2020 the club created individually-numbered ties for each of OSCA’s past Presidents. It was an OSCA recognition, through an OSCA Collegians initiative, of the importance of OSCA’s Presidents.

Becoming a member of OSCA Collegians means that you are making a practical contribution to the strength of OSCA and of Scotch College. This is particularly relevant through the lives of the young Old Boys.

All Old Boys are eligible and welcome – indeed encouraged – to join.