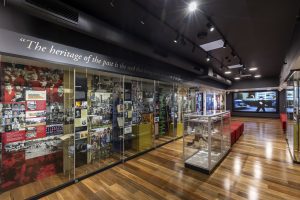 Inside the Bill and Dianne Sides Museum

The Scotch College Archives and Museum are located at 2 Morrison Street, Hawthorn, across the road from the Randall Building,  which contains Scotch’s main reception at 1 Morrison Street. It shares the Tolson Centre complex with OSCA House and The Scotch Shop (uniform shop).

Contained in a renovated and extended house, it was officially opened on 6 May 2021 along with the rest of the Tolson Centre. All archival records and museum items are displayed in temperature and humidity controlled environments, protected by a gas-based fire suppression system. The main compactus area is the Di Donato Family Vault, named for Enio (SC 1975-77), his wife Angela, sons Damian (SC 2004-13) and Cahill (SC 2005-17) and daughter Bianca.  A broad overview of Scotch’s history is presented in the Bill and Dianne Sides Museum, named after Bill (SC 1960-64) and his wife. It includes timelines of OSCA, the Scotch College Foundation, the Presbyterian Church of Victoria, and the Victorian Scottish Heritage Cultural Foundation.

The Archives and Museum were established between 1985 and 1992 by the inaugural Archivist, Geoffrey Samuel Tolson (SC 1930-39). Paul Mishura, the current Archivist, was appointed in 2012, but began volunteering in the Archives in 1995. 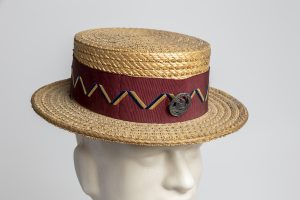 A pre-1925 boater with Scotch ribbon and cap badge

Clothing and racking in the Di Donato Family Vault

Subject to COVID-19 restrictions (which as of October 2021 prevent any visitors from attending the Archives), the Archives and Museum are open from 9:00am to 5:00am from Monday to Friday. They are closed during the Christmas holidays, and for a part of each Term holiday.

Except in exceptional circumstances, visits should be arranged by contacting the Archivist on (03) 9810 4470 or by emailing paul.mishura@scotch.vic.edu.au. Unannounced visitors cannot be guaranteed that they can be seen. Topics and the purpose of the research are required to be advised. Access to records is dependent on the type and age of the record, and some access may require authorisation by the Principal or Bursar.

General reference assistance is available by phone or email. Detailed research services are available for a pre-paid fee, conducted by volunteers with the oversight of the Archivist. 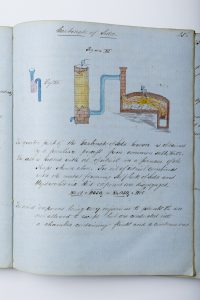 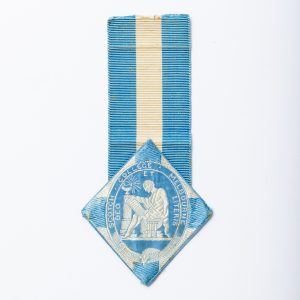 Blue and white Scotch ribbon from the 1870s

The collection includes the history and heritage of Scotch College and all members of the Scotch Family, eg students, teachers, past students, parents, non-teaching staff, benefactors, council members and other related people (such as architects, artists etc)

Material offered for donation is assessed on an individual basis, with consideration given to relevance to Scotch and/or its people, existing holdings, condition, and space constraints.

The Ramsay Collection incorporating the James Thomson Picken and other collections 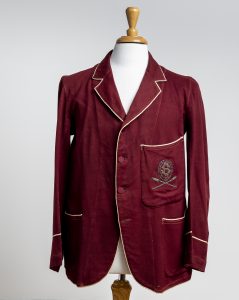 The Great Scot obituaries column is a significant section of the magazine, recording the dates of birth, death and (where applicable) the Scotch attendance years of all current and past students, staff, School Council members, and others who have made a significant contribution to Scotch College, the Old Scotch Collegians’ Association or to the wider community.