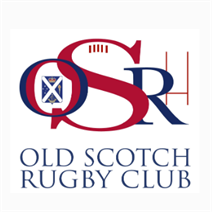 The Old Scotch Rugby Club enables former students, past parents, coaches, teachers and other members of the Scotch College rugby community to maintain an interest and involvement in Scotch Rugby.

It also promotes the game of rugby at Scotch and assists the Scrum Club (the parent support group for Scotch College rugby) by organising joint events. A playing group – the OSRC Barbarians – has been formed and played its first invitational game against the Scotch Senior team on 24 August 2013.

Membership is open to all Old Boys and members of the Scotch Family who have an interest in Scotch Rugby. To apply for membership of the Old Scotch Rugby Club, please click on the link below to download a membership form.  Once completed, please return to our Membership Secretary, Ailsa Wilson at ailsawilson@optusnet.com.au.

Please note – membership is FREE for all Old Scotch Boys.

Further information and club updates can be found at the Old Scotch Rugby Club Facebook page.